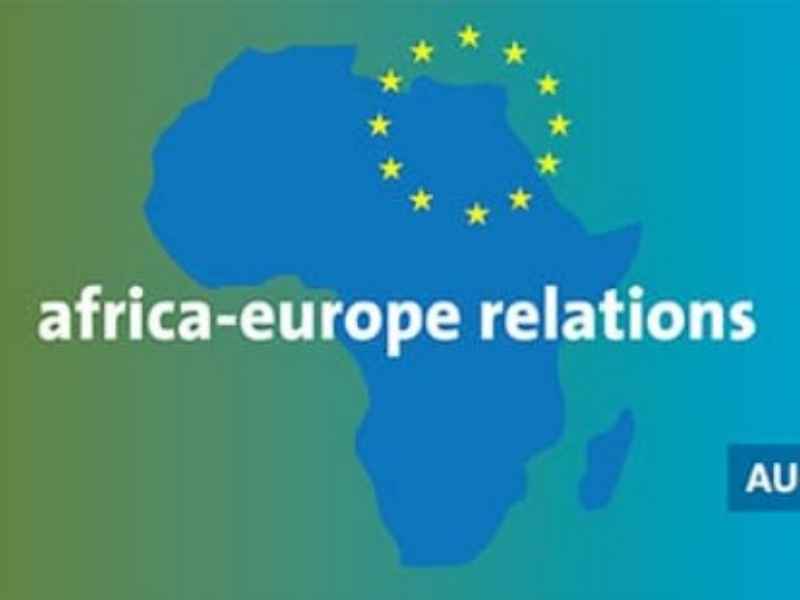 Africa-Europe relations: The Africa-Europe Foundation intends to take steps to promote bold ideas and actions aimed at changing the shared future of Africa and Europe.

The foundation, which was created last December, seeks, among other things, to open up new opportunities to transform relations between the two continents.

Africanews had an exclusive conversation with two honorary presidents of the Africa-Europe Foundation.

Ignatius Annor of Africanews talks with Ellen Johnson Sirleaf, former president of Liberia and Nobel laureate from the Liberian capital of Monrovia. Mary Robinson is Ireland’s first female president and chairman of elders. She lives in Dublin.

You can watch the full interview in the video player above.

Ignatius Annor: Ambition is the theme of the first Africa-Europe Forum. These ambitions include accelerating social, economic and political change. Liberian activists argue for a strong political will to fight systemic corruption. Critics point to the vacuousness. How does the Foundation position itself to address such problems?

Ellen Johnson Sirleaf: “Liberia has a strong relationship. Both with European countries and with all African countries. And in partnerships with these countries, it’s very clear that transparency and accountability are a requirement to ensure that the activities supported and funded through these bilateral relationships are respected. But I am glad that the Africa-Europe Foundation provides another opportunity to highlight the importance of fighting corruption. And we can use the Ibrahim Index of African Governance, which tracks progress and the level of governance constraints in all countries. ”

Ignatius Annor: The continent’s leaders are moving toward a more progressive partnership with world powers. Will the Africa-Europe Foundation provide a win-win scenario?

Mary Robinson: “There is a need for a more mature, equal partnership. And, you know, the two continents are closely linked and have never worked in a really in-depth partnership. Now at the forum. And it just passed, we had key leaders like Kristalina Georgieva, the head of the International Monetary Fund, who participated in the whole session on health care because she knows and spoke openly about how important it is for African countries to help them get fiscal space for recovery. She has special borrowing rights. She encourages countries to recognize that this is not just a health care issue. It’s an economic issue. It’s a crisis issue. It’s an issue of inequality.”

Ignatius Annor: According to World Vision, 33 million people in Africa face severe food insecurity. How would an agri-food partnership between Africa and Europe help solve this problem?

Ellen Johnson-Sirleaf: “The foundation has a subgroup on agriculture that will certainly focus on how we, as a foundation, can again focus more on this advocacy role to be able to prioritize agriculture in our countries, focusing on areas of greatest need. It is best to invest in the informal sector, where much of the agricultural activity takes place among women, women who have less than full access to the factors of production related to agriculture.

Ignatius Annor: The African Union and the African Center for Disease Control are concerned that vaccines donated to many African countries through COVAX are not recognized by the EU tourism certificate. You have the Africa-Europe Health Alliance on the forum agenda. Doesn’t that undermine the equality of vaccines?

Mary Robinson: “You know, our high-level group that Ellen and I are part of at the Africa-Europe Foundation decided shortly after the foundation was created to make vaccine equity the subject of its first call to action. This manifesto was signed by leading figures from Africa and Europe. It provides a framework for us to focus on the necessary political and policy actions. So if there is a feeling that the movement toward obtaining this European passport, which is still not entirely clear, will become some kind of obstacle, the Africa-Europe Foundation will be aware of it.”

Ignatius Annor: In the post-pandemic recovery period, the focus will be on redefining the role of cities, since two-thirds of the world’s population is projected to live in cities by 2050. How will your partnership lead to improvements in the well-being of urban dwellers?

Ellen Johnson Sirleaf: ”A key area for cities with high population concentrations is energy. I’ve been meeting with the Women’s Leadership Network, I’ve been doing energy sessions, and we’ve been talking about clean cooking solutions, what needs to change to get away from fossil fuels, so that we have solutions that get rid of coal, which is mostly used in a lot of our communities, even in urban communities in Africa.”

Ignatius Annor: Finally, let me finish with you, Ma’am Robinson, what does the Foundation hope to accomplish in the next five years for Africa and Europe?

Mary Robinson: “Whether it’s health care, the climate crisis, or other issues, the moment is now, and we urgently need bold ideas and actions to change Africa and Europe’s shared future together. And they must be inclusive. They must be handed down from generation to generation. I am a great believer in intergenerational dialogue and a sustainable way of addressing today’s environmental, economic, social, health and technological challenges. And we see the potential for a new chapter in Africa-Europe relations on a more political level, facilitated in many ways by this platform of platforms that can reach out, open communication, build more trust and face difficult issues honestly.”

Why Liverpool Just Lost Its UNESCO World Heritage Status In 2021

‘Change in tone’ from UK in latest talks on Northern Ireland...