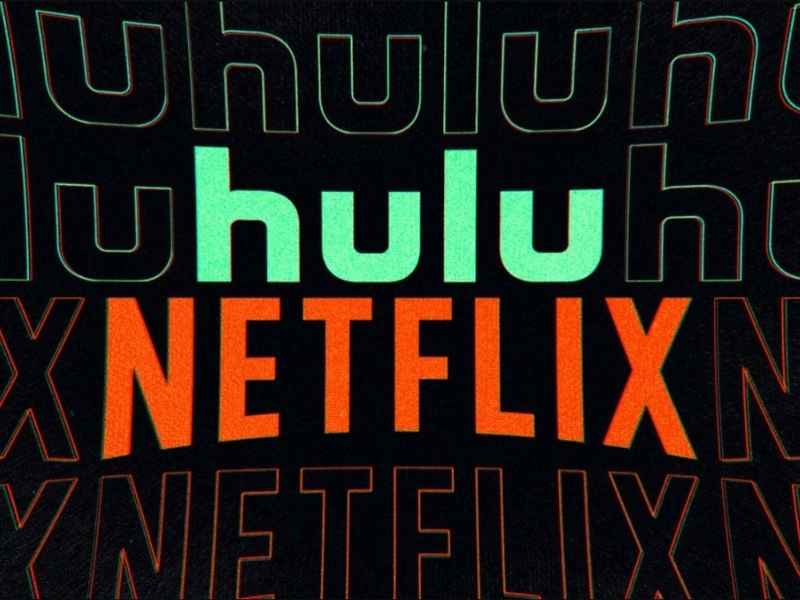 Deciding which streaming service is right for you can be difficult. Obviously, if you want to watch everything, you have to subscribe to everything. However, if you’re on a tight budget, you’re going to have to make some tough choices. Amazon Prime is home to some noteworthy original drama films and has other non-video benefits. Specialized services like horror-focused Shudder change the variety and offer carefully selected movies you’re sure to enjoy. Disney+ is a hub for Marvel, Pixar, Star Wars and, of course, Disney content.

However, if you can only afford one streaming service, you’ll probably choose between the two biggest players in the game: Netflix and Hulu. Both services have enough content to keep you busy for years to come, but there are some significant differences between them. You’ll likely need both services for a full viewing experience, but if you have to choose, we can help you find the service that best fits your habits and won’t ruin your budget.

A streaming service is worthless if you don’t like the movies and TV shows offered, so your main concern will be determining whether Netflix or Hulu has more videos that interest you.

In terms of quantity, Netflix trumps Hulu (and pretty much everyone else). That’s what happens when you spend about $13 billion a year on content. As a result, the best movies and full seasons of many of the most popular TV shows, from “The Office” to “Breaking Bad,” are released on Netflix. Netflix’s original programming also includes tons of great shows and movies, from Oscar-nominated dramas like “Marriage Story,” “Irishman” and “Roma,” to “Stranger Things,” “Home on the Hill” and more.

On the other hand, while Hulu offers many great movies, its main attraction is the television content itself. Typically, Netflix doesn’t get the newest episodes of TV shows until three months or a year after the entire season ends. On the other hand, networks and cable channels like NBC, FOX, ABC and others post new episodes of many of their shows on Hulu the day after they air. Hulu is also making great strides in original content with critically acclaimed projects like “The Handmaid’s Tale,” “PEN15” and the “Veronica Mars” revival, though it pales in comparison to Netflix.

There is also the Disney factor to consider, as Disney’s purchase of Fox’s assets is complete. Although Netflix is an independent company, Disney owns 60% of Hulu. Comcast/NBC owns another 30%, and AT&T until recently controlled the remaining 10%.

While Disney movies such as “Star Wars: The Last Jedi” and “Avengers: Infinity War” can be found on Netflix currently, Disney is in the process of removing its content from the streaming giant and will put it on Disney+. The split between Netflix and Disney has reportedly caused popular Marvel series such as Daredevil and Jessica Jones to not be renewed for new seasons.

Hulu will also get some Disney and Fox material: Reportedly, movies like “Deadpool” and Marvel’s animated adult comedies, which do not meet Disney+’s family-friendly mandate, will move to Hulu. Netflix has enough high-level original content to survive the breakup without too much trouble, but it’s important to keep the upcoming changes in mind, especially if you’re a fan of Disney-owned products, which is pretty much everyone these days. Finally, Hulu also offers a live streaming service that you can add to your on-demand viewing service, though it will cost you a penny.

Here’s where the difficulty comes in. Both Netflix and Hulu are available at different prices, and how much you spend on each depends on what features you want, how important picture and sound quality is to you, and whether you’re willing to put up with ads.

For $9, you can get a basic Netflix subscription that works in standard resolution and allows you to stream videos to a single device. For $13, the Standard plan upgrades the streaming quality to HD (if it’s available for the movie or show you’re watching) and lets you use two devices simultaneously. For $16, you get 4K Ultra HD resolution and four simultaneous streams. DVD distribution plans cost an additional $5 to $12 a month, depending on the plan.

Meanwhile, a basic subscription to Hulu costs only $6 a month, but it comes with ads that appear during scheduled commercial breaks. If you want to watch Hulu without ads, you’ll have to pay double that, but if you can afford it, you’re better off choosing the higher tier. It looks like Hulu will add more and more ads over time, with individual ads tied to specific programs. If you are watching a particular program, you will see the same ads over and over again, which is a very easy way to ruin your viewing experience.

Adding the Hulu Live TV service adds $65 a month in exchange for access to 60 or so channels. You can also pay $71 a month for the Premium level without ads. Note, however, that the no ads option removes ads only in Hulu’s regular on-demand content – you’ll still see ads when you watch live TV. You can supplement Hulu + Live TV with additional features, although they cost even more. For example, Hulu’s Enhanced Cloud DVR service, which allows you to rewind ads and provides more virtual storage space, costs $10 per month, and the ability to stream Hulu + Live TV to an unlimited number of devices (there are only two by default) will cost you another $10.

One of the advantages of Hulu is that you can connect it to other Disney services. If you want both Hulu and Disney+, you can buy Hulu and Disney+ together in a $13 package that includes Disney+, Hulu’s ad-supported plan and ESPN+, Disney’s third streaming service. Separately, you’ll have to pay $18 for all three services. Note that there is currently no Disney+ and Hulu package that includes the ad-free Hulu option.

Here’s the good news: If you have a smartphone, tablet, set-top box, video game console or home computer, you can watch both Netflix and Hulu with no problem. Both services are extremely popular, which means they are supported by almost all video playback devices. It’s probably worth checking each service’s compatibility list before signing up (here’s the Netflix list, and here’s the Hulu list), but unless your hardware is very old or phenomenally obscure, you’ll probably be fine.

If you’re an audiophile or home theater enthusiast, Netflix is the clear winner, though you’ll have to pay extra for high-quality streams. While Netflix’s basic subscription offers only standard resolution, the $13 plan offers HD streams and the $16 subscription offers 4K quality. Netflix also offers Dolby Atmos soundtracks for some of its content in addition to 7.1 and 5.1 surround sound.

In contrast, Hulu streams in HD at all subscription levels, but does not currently offer 4K resolution. Hulu programs also only stream with stereo sound, so if you want to showcase your swanky home theater, skip Hulu. It simply won’t do the job.

Both Netflix and Hulu look great and are easy to use, and if you’ve used a modern smartphone app, neither one will give you much trouble. Netflix’s recommendation system can be a great way to find new content to watch (though it seems to prefer Netflix’s original content), and Hulu’s interface is fast and quick, and if you subscribe to additional premium channels like HBO or Showtime, the service helps to bring all your different channels into one package.

If you rely on subtitles, Netflix has a slight advantage: In 2014, the company announced that all of its content would be subtitled. Netflix also has stronger parental controls, including the ability to block certain profiles from any content rated above PG. If you’re worried about what your kids are watching, Netflix is a safer option.

If you love feature films and love original content, Netflix is perfect for your preferences. Netflix Studios produces the highest quality content in addition to an extensive library of licensed movies and TV shows to choose from. If the extensive library isn’t enough to convince you, you should know that you also get 4K resolution and surround sound features that can take your viewing experience to the next level. If you love movies and don’t already have a Netflix subscription, we highly recommend you consider it.

If you prefer TV shows over movies, Hulu may be a better option for you. Hulu provides on-demand access to your favorite TV shows within a day or two of their airing. So the next time you miss your favorite episode, you won’t have to be upset. It also means you don’t have to wait six months for a series to show up on Netflix. If you’re looking to break away from your cable company, Hulu + Live TV is a great alternative. Although the details of the merger are unknown, it may be worth adding Hulu to your streaming service list just because of this feature.

Choosing Hulu or Netflix as your next streaming service really has no drawbacks. Both of these services provide hours of entertainment content. Serious viewers or those who care about exclusive movies on each platform might consider subscribing to both services. If two subscriptions might exceed your monthly budget, check out each provider’s libraries before choosing. That way, you can choose the service that gives you the best content for you.

Noel Gallagher Gets His Own Radio X Show