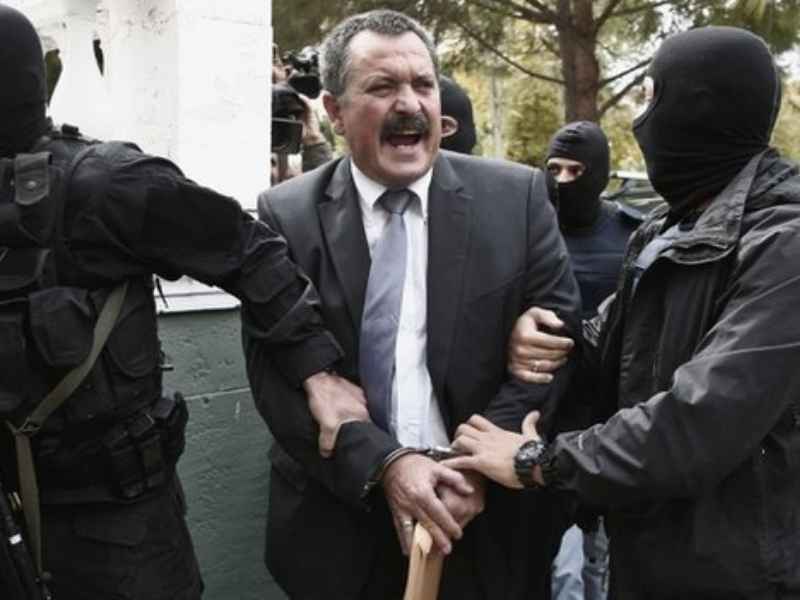 Christos Pappas has been on the run since he and other party leaders were convicted last October.

ATHENS – Greek police arrested the deputy leader of the neo-Nazi Golden Dawn party on Thursday in Athens, according to a police spokesman.

Christos Pappas, 60, has been on the run since October last year, when he and other Golden Dawn leaders were convicted of running a criminal organisation linked to hate crimes. Pappas was sentenced to 13 years in prison.

Police initially suspected he might have fled abroad and issued a European arrest warrant. However, the mustachioed former MP was eventually arrested in a flat in central Athens.

Police have also arrested the woman accused of granting him asylum, who now faces charges of aiding and abetting a criminal, the official said.

Pappas became the latest convicted Golden Dawn member to escape justice after MEP Ioannis Lagos was arrested in Brussels in April and extradited to Greece the following month.

“Greek democracy has fought back and destroyed the toxic poison of Golden Dawn,” government spokeswoman Aristotelia Peloni said in a statement. “With the arrest of Christos Pappas, the chapter of this criminal organisation is finally closed.”

Golden Dawn rose to prominence during Greece’s financial crisis in 2009 and became the third most popular party in the Greek parliament in 2012. Since then, its support has plummeted and it has failed to make it into parliament in the 2019 elections. The trial, often described as the biggest Nazi trial since Nuremberg, lasted more than five years.

Boban Marjanovic has one of the most prolific assists in the...

The Best Bullet Vibrators That Will Show You The True Meaning...