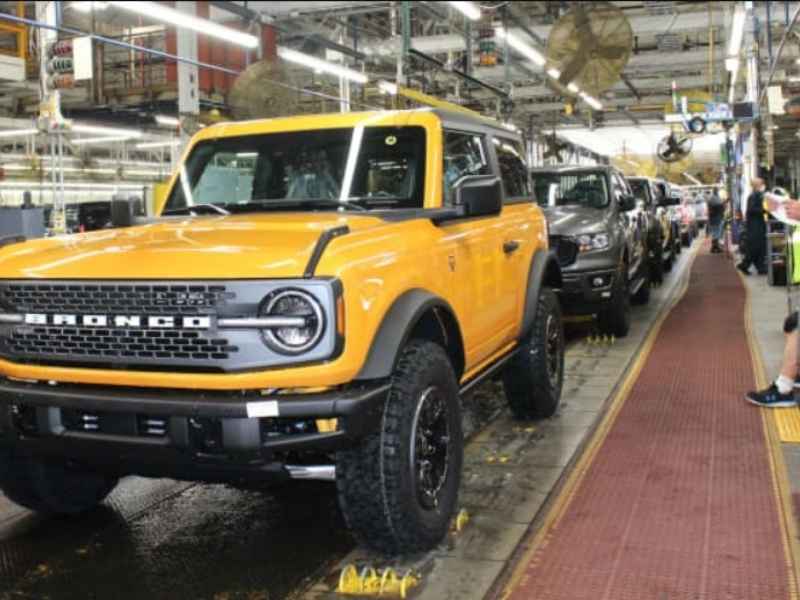 The automaker said Friday that sales for June were down 26.9 percent, including about a 30 percent drop in sales of F-Series pickup trucks.

Ford previously said it expected to lose half of its production in the second quarter because of a chip shortage. Earlier this week, the company also announced additional production cuts in July due to the problem.

Separately, the automaker said orders for the F-150 Lightning electric pickup, due out next year, have surpassed 100,000 since its debut in May.

Ford sales followed GM and other automakers, which reported strong sales growth in the second quarter, but the pace slowed during the quarter because of low vehicle inventories caused by chip shortages.

“The quarter started off very well, with April breaking many sales records, exceeding 18 million, and then we saw inventory continue to decline,” said Jessica Caldwell, executive director of analytics at Edmunds. “Consumer demand is still very strong, but inventory is somewhat lacking.”

Each particular month’s sales rate shows how many cars would have been sold in a year if the industry had sold the same number each month. It’s a key barometer of industry health and consumer demand.

The chip shortage is causing a reshuffle in the ranks of U.S. automakers. Toyota Motor became the top-selling automaker in the U.S. in the second quarter, pushing General Motors back.

The Japanese automaker on Thursday reported sales of 688,813 vehicles in the U.S. from April through June. That compares with GM’s 688,236 vehicles in the second quarter.