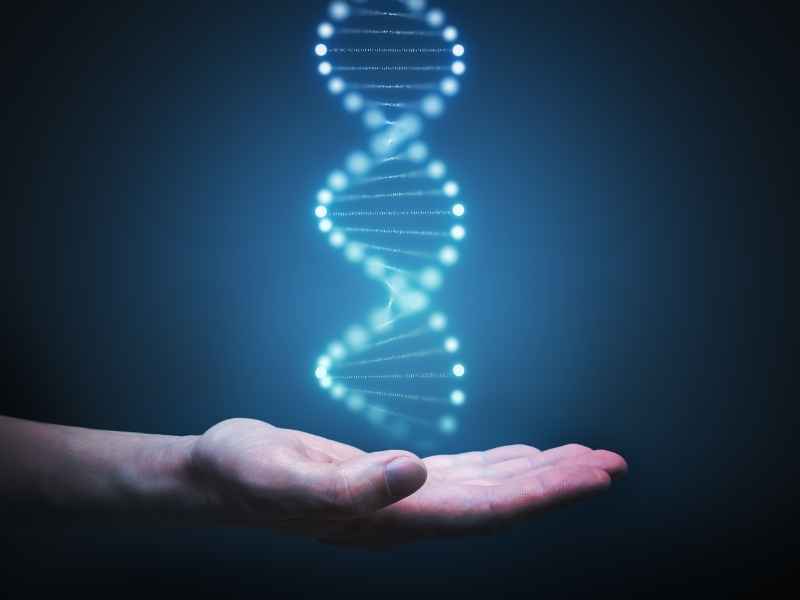 CRISPR gene editing: This past weekend, CRISPR gene-editing technology reached a major milestone, completing its first systemic delivery in humans as a drug.

The latest advance, the result of a trial between biotechnology company Regeneron and Boston-based Intellia Therapeutics, has cured a rare disease after administering the drug as an intravenous infusion. Previously, other applications of CRISPR technology have been limited to ex vivo therapy, where cells are removed from the body for genetic manipulation in the lab and then reintroduced into the body.

Jennifer Doudna, who won the 2020 Nobel Prize in Chemistry for her work on CRISPR gene editing and is co-founder of Intellia, recently told CNBC that the evolution of the technology from publication of its early work to clinical trials showing its effectiveness in treating diseases in less than 10 years represents “one of the fastest, in my opinion, deployments of technology from basic, early science to actual application.”

“A lot of that has to do with the fact that the technology came at a time when there’s a huge demand for genome editing and a lot of knowledge about genomes,” Doudna said at the recent CNBC Global Evolve Summit in mid-June.

As for what’s next, Dudna highlighted several challenges and opportunities on the CRISPR horizon.

Although the technology continues to evolve, the challenge of delivering the edited molecules in the body to the cells where they are needed remains a challenge.

“This is especially true in clinical medicine, where the ability to edit brain, heart or muscle cells has incredible potential, but right now we don’t have the tools to put editors into those cells,” says Dudna. “We have editors; we just don’t know how to get them where they need to go.”

Sickle cell anemia has been an early focus

So far, the success of CRISPR applications has mainly been in ex vivo therapies, where extracted cells are manipulated in the lab and then injected into the patient.

Sickle cell anemia, which is genetically transmitted and affects about 100,000 Americans, has been a particularly good target for this technology because blood stem cells can be “harvested, edited and then reintroduced into patients,” according to the Centers for Disease Control and Prevention, Dudna said.

Genetic diseases of the eye have also been a focus for CRISPR applications because, according to Dudna, “it’s certainly easier to get a gene into the eye than into other parts of the body.”

Delivering the edited cells to the liver also proved easier. “The liver is an organ that naturally absorbs molecules in the body,” she said.

Any progress in eradicating more than 100 liver diseases could have a big impact on the lives of Americans. According to the American Liver Foundation, at least 30 million people, or one in 10 Americans, have some form of liver disease.

The next direction is brain, heart, muscle

The next step in CRISPR-related innovation, Doudna said, will be to introduce these cells into other parts of the body, such as the brain, heart and muscles.

“There are already some technologies in place to do this, such as using different kinds of viruses or virus-like particles, and I’m looking forward to the innovations that will come in the next few years in this area,” she said.

The cost of treatment is a concern

But as the technology improves and scientists gain the ability to target diseases throughout the body, Doudna says that for CRISPR technology to have “widespread impact,” it must become cheaper.

Treating sickle cell disease with CRISPR therapy costs about $2 million per patient, according to Doudna.

“That’s clearly not a price that would make it affordable for most people who could benefit from it,” she said.

While solving delivery problems could also help lower the cost, Doudna said medicine needs to find a way to “scale molecule production to keep costs down.”

The development of CRISPR technology could have an impact on other industries as well, and agriculture would be one of the first to benefit.

Rather than trying to solve genetic problems through breeding, which can take months to years, or with current crop genetic modification techniques that have boomed in recent decades but involve introducing biological material from other species, CRISPR technology allows plant genes to be manipulated “without affecting anything else,” Dudna said.

“It opens the door to many things that can be done to address climate change, to combat drought, to introduce traits into plants that provide protection against pests,” she said.