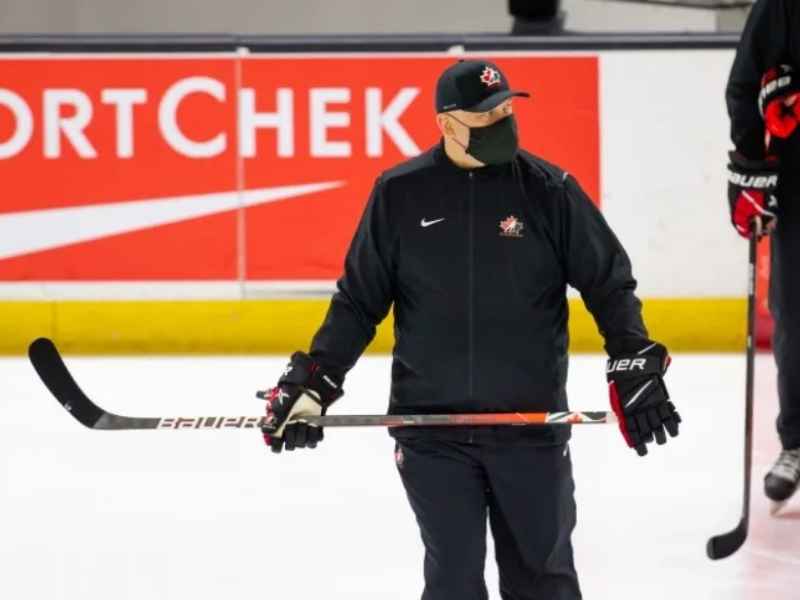 The Arizona Coyotes needed a fresh voice to help guide the team’s youth. Andre Turigny is capable of doing just that, and one of the most respected coaches in junior hockey is finally getting his chance in the NHL.

The Arizona Coyotes have been in a tough spot for most of the last decade. Success in the playoffs has been elusive for them since 2012, and off-ice dramas seem to plague the team every year.

But the hiring of coach Andre Turigny is certainly a positive for the franchise. Sure, he’s never been an NHL head coach before, but it was only a matter of time. In this day and age, with the same coaches constantly being replaced, the arrival of someone with solid experience but no experience leading an NHL roster creates an air of excitement around a “desert” franchise.

Turigny has earned a reputation as one of the most respected coaches in the OHL. Scouts loved dealing with him, other coaches wanted to be in his shoes. Many expected him to get an NHL coaching job soon. He spent three years as an assistant with Colorado and Ottawa before returning to junior hockey.

Since taking over the 67’s in 2017-18, Turigny has won OHL Coach of the Year twice, CHL Coach of the Year once, Glinka-Gretzky Cup gold, gold and silver with the Canadian junior national team, and gold as an assistant at the 2021 World Cup just a few weeks ago.

That’s a huge resume for anyone, let alone a four-year span. But the 47-year-old has been involved in coaching at a high level in one way or another since he started as an assistant with the QMJHL’s Shawinigan Cataractes in 1998-99. Now it’s really time for him to make the jump to the NHL.

It’s worth noting that Coyotes legend Shane Doan was a member of Team Canada’s World Cup management team. He probably put in a good word for Turigny, who spent last season focusing on Canadian hockey.

“He was known as a big, tough coach,” said Coyotes general manager Bill Armstrong. “I watched him interact with the players for about two hours. And I was fascinated by (his ability) to interact with the young guys and at the same time squeeze the most out of them on the ice. He didn’t know I was there. True story.”

Arizona has a lot of work to do. The Coyotes entered the postseason through the qualifying round in 2020, but haven’t made it since 2012. With Turigny at the helm, the hope is that fresh blood — someone who hasn’t been an NHL head coach yet — can bring a winning mentality from other leagues and translate it into something special. The Coyotes have struggled to attract known talent, and there is no guarantee that they will be able to retain one of the club’s best players, Conor Garland.

So for a team that seems to be regularly marred by drama off the ice, Turigny is a breath of fresh air. The Coyotes still have a young team, and working with young players is Turigny’s specialty. The Coyotes have always been builders, but they have never finished what they were working on. Having someone with experience leading young talent can make a big difference. There aren’t many people who speak negatively about him, both publicly and privately. But you have to be more than just a good guy to be an NHL coach, so managing a group from the outside will test him pretty quickly.

Turigny is the first coach hired at Arizona in the Armstrong era, and judging from Thursday’s press conference, he’s clearly someone he believes in. Whether that will work out remains to be seen, but judging by the three-year agreement, the Coyotes will at least be patient with the man they call “Bear.”

Andy Murray Is No Longer One Of Tennis’ Top Earners —...