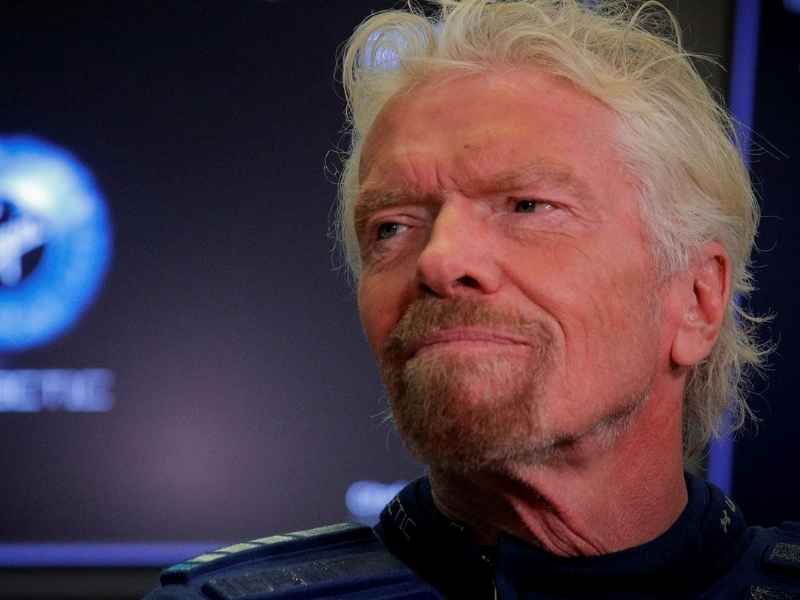 Sir Richard Branson has named a date when he will fly to the edge of space. It will be on or very soon after July 11.

He will be a backseat passenger on the Unity rocketplane, which his company Virgin Galactic has been developing in the US for two decades.

The vehicle can soar to an altitude of 90km (295,000ft), allowing those on board to spend a few minutes in weightlessness and see the curvature of the Earth.

Some 600 people have already applied to take part in the flights.

Watching the British entrepreneur act means these customers are already very close to paying the full ticket price, which in some cases will be $250,000 (£180,000).

Sir Richard Branson said: “I truly believe that space belongs to all of us. After 17 years of research, development and innovation, the new commercial space industry is ready to open up the universe to humanity and change the world for the better.

“It’s one thing to have a dream to make space more accessible to everyone; it’s another to have an incredible team collectively make that dream a reality.”

The absolute key to Virgin Galactic’s continued operations was the receipt last week of a commercial spaceflight licence from the Federal Aviation Administration.

The so-called ‘flight window’ opens on Sunday 11 July. The Galactic team will aim to lift off on that day, but it could of course be delayed due to adverse weather conditions or possibly technical problems.

If the flight takes place this Sunday, it would mean Sir Richard would be ahead of his suborbital space tourism rival, billionaire Jeff Bezos.

The founder of online retail empire Amazon.com has invested a fortune in his hobby – building rockets – and announced his own journey to the edge of space on 20 July.

He invited three people to join him in the New Shepard rocket and capsule: his brother Mark; the mystery man who paid $28 million (£20 million) at auction for a seat in the ship; and the famous female aviator Wally Funk.

Funk, eighty-two, trained to be an astronaut in the 1960s and will become the oldest member of a space flight when she ascends to an altitude of 100km with Mr Bezos.

The Amazon man has not yet revealed how he will sell tickets for New Shepard in general, but that is his plan.

The original schedule for Unity’s next flight called for four Virgin Galactic employees to fly as passengers to test the cabin for future tourists. It was only after this flight that Sir Richard was to buckle down.

He will now be one of four test pilots – along with Beth Moses, Galactic’s chief astronaut instructor, Colin Bennett, lead operations engineer, and Sirisha Bandla, vice president of government relations.

The two pilots will be Dave McKay and Michael “Sooch” Masucci.

Space tourism is a sector that is reviving after a decade-long hiatus.

Throughout the 2000s, seven wealthy people paid to visit the International Space Station (ISS). But this adventurism, organised under the auspices of the Russian space agency, ended in 2009.

Now a host of new initiatives have emerged, and some of them aim much higher than Sir Richard and Jeff Bezos’ suborbital flights.

California tech entrepreneur Elon Musk has already planned several private flights on his Dragon capsules. These vehicles will ascend to an altitude of several hundred kilometres above the Earth and remain in the air for several days.

The Russians are also resuming commercial flights to the ISS, and there are even those who want to launch private space stations for human visits. Among them is Axiom, a company founded by former ISS programme manager Nasa.