Home POLITICS The Covid-19 pandemic has increased the number of people at risk of... 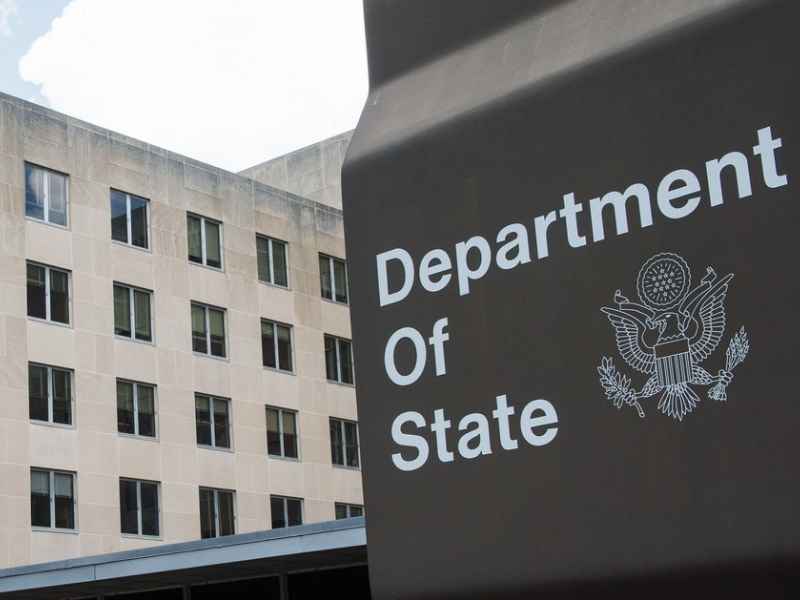 Washington (CNN)-The Covid-19 pandemic has increased the number of people at risk of human trafficking as traffickers have taken advantage of the social and economic crisis caused by the global outbreak, according to a State Department report released Thursday.

The pandemic has also forced governments to divert resources away from combating human trafficking, the State Department said, “resulting in reduced protection and services for victims, reduced prevention efforts and fewer efforts to investigate and prosecute traffickers.”

The 2021 report, which covers the period from 1 April 2020 to 31 March 2021, indicates which governments around the world have met the minimum standards to eradicate human trafficking under the Trafficking Victims Protection Act 2000, which have improved or worsened the situation, and which have failed in their efforts to combat human trafficking and made no effort to do so.

The report, presented Thursday at an event with Secretary of State Anthony Blinken, highlights the negative impact of misinformation on human trafficking – including how extremist groups and white supremacists use misconceptions about human trafficking as a recruitment tool – and the link between systemic racism and human trafficking in the US and abroad.

Every country… can do more”

While the report notes that “every country, including the US, can do more”, 17 countries fell into the “Tier 3” category, meaning they do not fully meet minimum standards for combating human trafficking and “are not making significant efforts to do so”. They include Afghanistan, China, Cuba, Iran, Nicaragua, North Korea, Russia, Syria and Venezuela. Under the Trafficking Victims Protection Act, countries in this Tier 3 category “may be subject to certain restrictions on foreign assistance”, the report said.

The report also said 15 countries “have government armed forces, police or other security forces, or government-backed armed groups that recruit or use child soldiers”.

Among those governments was Turkey, marking the first time a NATO member has been included in the Child Soldier Prevention Act, according to a senior State Department official.

“As a respected regional leader and NATO member, Turkey has an opportunity to address the recruitment and use of child soldiers in Syria and Libya,” the official said.

The report named 11 countries whose governments have themselves been implicated in human trafficking, with the Chinese government describing Uighurs and other ethnic and religious minorities held in Xinjiang as “a policy or model of widespread forced labour”.

“The Chinese government is holding more than a million people in 1,200 state-run internment camps across Xinjiang,” Blinken said in his remarks at the event.”Many prisoners are physically abused, sexually assaulted and tortured to force them to work in the production of clothing, electronics, solar equipment and agricultural products.”
“And while the practice is most egregious in Xinjiang, this year’s report notes that China subjects its citizens to forced labour practices in other parts of the country as well,” he said.

The 2021 report highlights the “monumental” challenges identified by the Covid-19 pandemic, noting that they “may be long-lasting, requiring ongoing collaboration between governments, civil society organizations, private sector leaders, survivor leaders and other anti-trafficking actors to adapt and respond appropriately to overcome these challenges.

“The economic and social difficulties caused by the pandemic and related mitigation efforts have exacerbated the risks to vulnerable and marginalized populations,” the report said. “These include women and children, people affected by travel restrictions and orders to stay home, communities in food insecure areas, and victims of human trafficking, as well as those directly or indirectly affected by disrupted economic activity and reduced livelihood opportunities.”

Blinken noted that “in many places, when governments devote resources to combating the pandemic and addressing the secondary effects, traffickers take the opportunity to expand their activities.”

“People caught up in dire economic conditions as a result of the pandemic have become more vulnerable to exploitation,” he said. “And as more and more people spent hours online to study and work, traffickers used the internet to recruit and recruit potential victims.”

“Thus, the pandemic has had a real impact on this struggle. This is another reason why it is so important to stop the pandemic as quickly as possible and help communities around the world. The more time that passes, the more people will become vulnerable to human trafficking,” said the chief US diplomat.

Misinformation has a real and damaging effect

The report also states that “persistent misconceptions about human trafficking have contributed to the rapid spread of misinformation and rumours about this crime in communities and through social media, particularly in the United States.

“In recent years, members of online forums have spread a number of false and misleading claims about child trafficking, sometimes deliberately misleading the public through misinformation linked to non-trafficking conspiracy theories,” the report says.

It notes that “this spread of misinformation has a real and detrimental impact on the ability of the anti-trafficking community to protect those who have been or are being trafficked and to hold traffickers accountable” as advocates have to spend time dealing with rumours, law enforcement resources are used to pursue false leads, and unsubstantiated calls and advice “can overwhelm intervention and assistance systems”.

“Lawyers and service providers must take all reports of human trafficking seriously, which means that an increase in reports based on false information makes it more difficult to assist victims of trafficking,” the report said.

According to the report, “NGOs also report cyber-attacks and threats on social media when they publish statements refuting misinformation,” and “some NGO staff who help identify and provide services to victims of trafficking have even faced threats of violence from followers of these theories.”

“Of even greater concern is that experts have identified the strategic production and dissemination of false information about human trafficking by white extremists and other extremists, including violent extremists, in the United States as a means of recruiting new members,” the document said. “These groups have succeeded in exploiting public concerns about child sex trafficking by using false information as a means to radicalise their members.”

“Thus, it is critical to stop the spread of misinformation, including conspiracy theories, both to combat sex trafficking and labour trafficking and to prevent violent extremism and counter threats to US national security,” the report says.